No Fred Update This Week

Sorry folks, the full steam ahead work of last week has not continued into this 22nd week of 2007. Well, not on Fred, anyway. I've found something else to stitch for a wee while.

Pictures coming soon (hehe - what a teaser that is!)

Happy stitching to one and all,

Bliss
Posted by Felicity at 18:01 3 comments

We have have chosen a new cabinet maker. The kitchen will be installed in about 13 weeks.
Posted by Felicity at 05:50 1 comments

Details
The first match between Queensland and New South Wales in the State of Origin, rugby league competition. 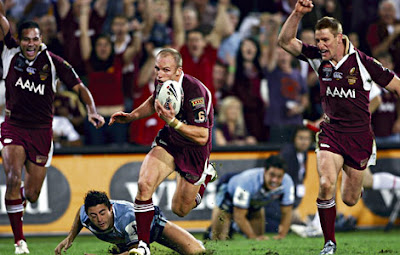 Queensland produced one of the great Origin comebacks with a stirring 25-18 victory over New South Wales at a deafening Suncorp Stadium after trailing 18-6 at half time. My oh my!

I don't watch this annual series of games because, to tell the truth, I don't like Rugby League at all. However, as it's State of Origin & I was the only New South Wales (Blues) supporter in my family until I married Paul, I've always had a friendly bet with William, my ex-husband, & our kids.

Despite the fact that NSW has never had more series wins than Queensland at anytime in Origin history, it has been a profitable exercise overall. One year, Will was so certain that Queensland would win that he turned off the television 10 minutes before the end of the game. I bet him $10,000AU they'd lose to NSW & he confidently agreed. NSW won so I made him pay up. LOL. We took a fabulous 10 day vacation to Hong Kong, Macau & China. I bought an emerald & diamond dress ring as a memento of the game - & something about which to tell a good story.

Anyway, to cut a long story short, the Blues lost Wednesday night's match & I have to pay up. William has a bottle of plonk waiting for him when he comes south for The Living Doll's (middle princess) 21st birthday next month & Gabriella (youngest princess) has won a Gold Class ticket to see Harry Potter. We all benefit cos, undoubtably, I will help drink said bottle & will take said daughter to the cinema! LOL.

Take a Look at This! 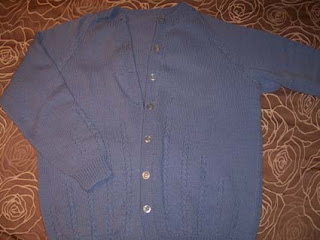 This is as much a surprise entry to me as it is to you. When I told you in my last entry that the 21st May was going to be a busy day, one of the more pleasurable things planned was a late afternoon drive south to the Gold Coast (about 110km from where we live in Brisbane) to meet up for dinner with my parents-in-law (who are on holiday from places much further south).

This family get-together has been postponed several times because of the kitchen drama & Paul's broken foot (we usually spend Easter's 4-day weekend with them at their home near Port Macquarie). Consequently, last night was the first opportunity for them to pass over my birthday present for last month. They didn't want to post it, they said, because it was too difficult. The gift was a bonsai plant. LOL Definitely not something postable.

Then, out came the piece de resitance.

My fabulous mother-in-law knitted me a gorgeous twin-set! Am I a spoilt girl or what?

The good news is that both pullover & cardigan fit perfectly. The weather has been most co-operative too. Being almost Winter here, the temperature (which has been rather hot for this time of year) plummeted to 8C here this morning, so I'm wearing them as I type. I feel warm & toasty.

Look at the detail ... it's magnificent! 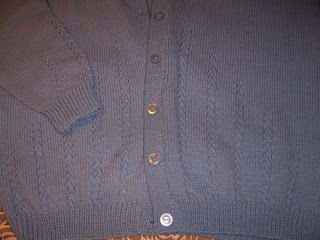 Thanks Mum! This is a special gift that I will treasure for life.
Posted by Felicity at 06:15 10 comments 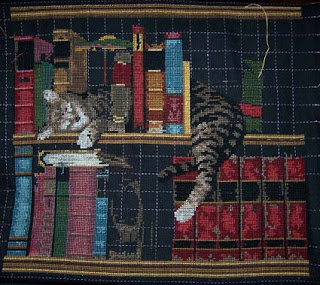 Here is this week's SAL effort on Fred. I'm posting this update an evening early because tomorrow is going to be ultra busy.

I'm amazed, you know. I've sewn the red books on the right, finished off Fred's foot and given him a shelf upon which to sleep. All in all, it's about 25% of the project stitches yet it only took two weeks. Does this mean that if I had put my mind & fingers to it, I could have completed all the cross stitching (as opposed to back-stitching) in only a few months? Probably!

Or maybe not. It's pretty simple stitching (keep telling yourself that, Bliss).

Happy stitching to everyone.

p.s. A very happy birthday for the 21st to my SAL buddy Margaret. I hope you have a lovely day. 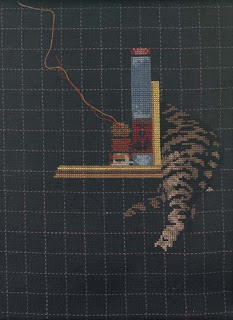 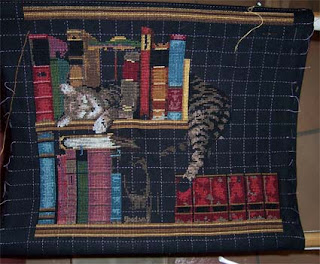 The photo-journalling & blogging of projects is a good idea. It shows a rate of progress which I don't otherwise remember. The photos above were taken June 1, 2006 & May 15, 2007 respectively. All I can say is that if I don't finish 'Frederick the Literate' by December 31, 2007 it will go on the shame & guilt pile because it will be over 2 years of work.

Not that we haven't all got projects that have passed UFO status and moved into the space-occupying guilt section of our stash cupboard/shelf. I've got a few that I plan eventually to either graduate to the pile I'm working on or to discretely salvage the fabric & threads from for other projects & pretend I never started.

'Love with a Capital L' 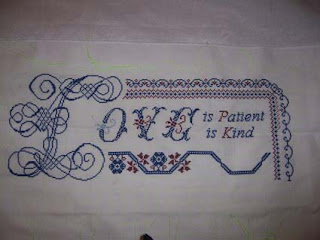 Inch by inch this is still giving great pleasure to stitch! 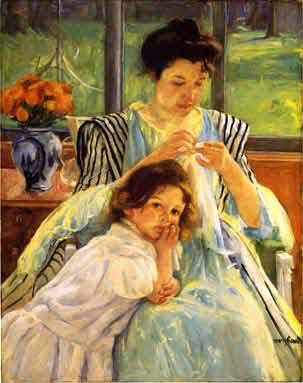 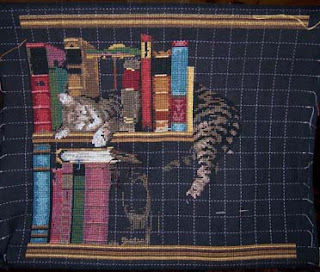 According to Margaret there are 1548 'X's necessary to complete the bottom shelf of Frederick's bookcase - and she has stitched each and every one of them.

This announcement was just the wakeup call that I needed to get stitching again because I must confess that I haven't worked on Fred for months.

Here's where I am up to. The good news is that I had already stitched every one of those 1548 stitches.

The goal is to finish all the red books in the lower right corner in the next few weeks. Otherwise, I'm not going to be finished before Christmas.

Love With a Capital L - update 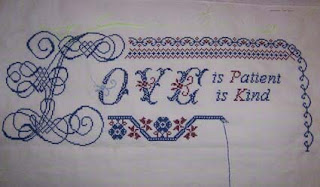 Not a whole lot of stitching has been going on since renovations started, but
I've fallen hard for this project. It's gorgeous!
I think I might keep going ...

Kitchen renovations & the resulting fallout have been taking up my time & sanity but AUSPOST is like FEDEX. She just keeps on delivering in rain, hail & kitchen disaster.

Belonging to a couple cross stitch birthday groups means that I have received Blissful (Cross Stitch) Stash from all over the globe. I'm not going to name names in case I miss someone out. That would be dreadful! Let me just say that I am overwelmed at people's generosity. I never expected anything like this! Thank you notes are in the mail. 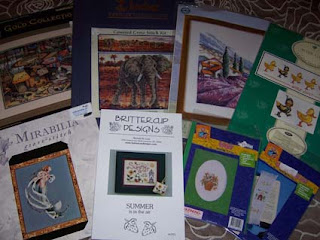 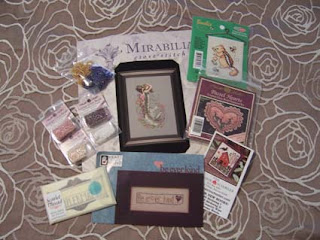 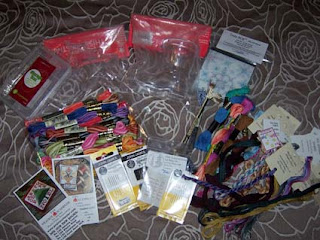 Bliss
Posted by Felicity at 05:00 2 comments 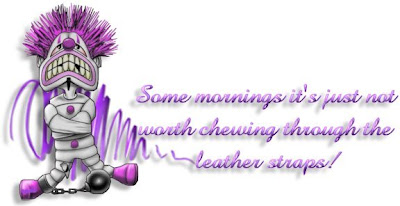 We got an email out of the blue from 'Drew the Manager' of Jaguar Fine Kitchens yesterday evening saying:

'The proposal is that the other Drew will commence to install the kitchen on Thursday with the cabinetry and panels etc. It will take him at least one day probably a day and a half. The stonemasons will then commence installation of the bench tops on Tuesday. However, before Drew commences he will require a cheque or EFT receipt from you for the second instalment payment of $[xxxx.00].'

It was a bit of a surprise considering the last email, but we replied that that was good but that on two occasions we had, at their request, made arrangements to be present in person and organised tradesmen for the installation of the kitchen and on both occasions they had failed to arrive to do the work and had not notified us that the installation was not to occur. We also told them that since this caused us personal inconvenience (time off work etc), & difficulty in getting tradesmen to attend our home without some guarantee that the work is actually going to take place that we would come & view the kitchen at the showroom/factory on Friday morning and then, if all was well, get them start the installation on Tuesday (Monday is a public holiday). It would give us time to make arrangements with the sparky & the plumber. We would pay Drew when the work for this installment was complete.

Would you believe, Drew the manager sent us another email saying 'no' & that they are cancelling their contract. There is to be no kitchen, not now, not ever.

Weird, huh? We are at a loss to understand anything. It's not that we said or did anything that caused this problem. The kitchen simply didn't happen.

The question that I ask is 'why did they ever pull out the old kitchen if they had no intention to put in a new one?' Isn't that fraud? Isn't taking more money still with no intention to deliver goods called stealing?

Silly buggers! They put it in writing, didn't they? It's time to take legal action.

Meanwhile, no leftovers left when we got home. Too tired & cold to go out and BBQ something. Good thing that I had provided Paul with large salad sandwich at 4pm when I collected him from work, don't you reckon?

Bliss
Posted by Felicity at 17:57 2 comments